The Other Side Of Tokyo’s Nigerian Community

I started showing up on the night corners of Kabukicho and Roppongi in April. 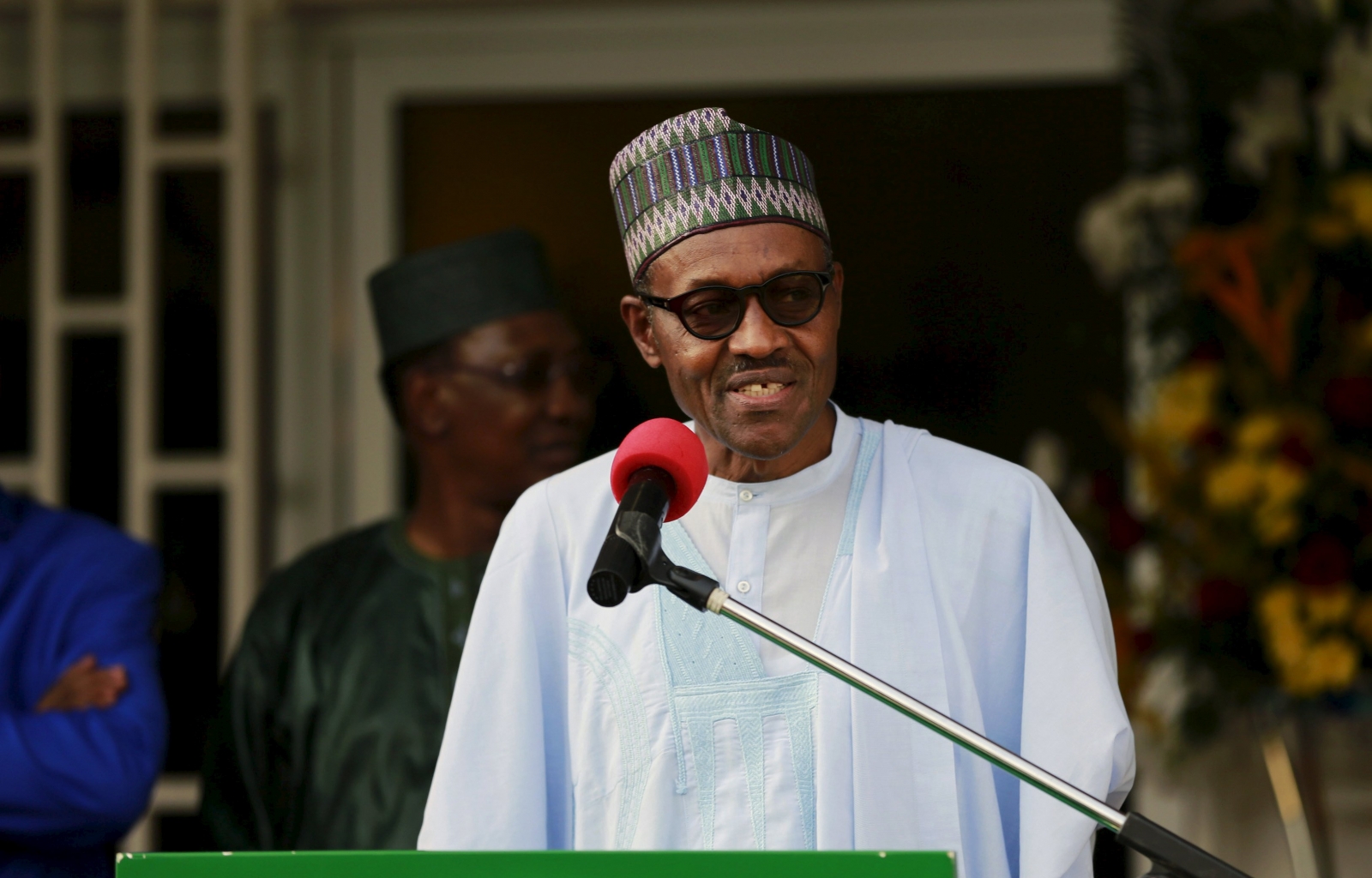 I gave my business cards to street touts and let them know I was working on a story about Tokyo’s Nigerian community. In response, I got mostly abuse — past journalism about Nigerians in Japan has largely been sensationalist coverage of Roppongi drink spiking incidents. In 2003, “Valentine” fled from plainclothes police posing as potential customers. They chased him down a nearby street and beat him until his leg snapped below the knee, then held him without medical treatment for ten days to force a confession.

Valentine sued, and in the legal debacle that followed, evidence was lost, destroyed and fabricated. Debito Arudou covered the case for The Japan Times. Valentine tried to get away from the street, and succeeded for a while. He went to work at a restaurant. Pay was a pittance, but he felt safe. He stayed there for years until business got slow and he was cut to three days a week. Unable to make ends meet, he came back to Kabukicho. Now he stays on his feet all night. Sometimes it’s excruciating. Because he was deprived of medical treatment by police, his leg healed badly. He has needed several surgeries. Bone from his ribs has been grafted onto his leg.

After Arudou’s Japan Times piece ran, the handling of Valentine’s case continued with absurdity. He lost his appeal as the court deliberated twelve times over two years. Valentine wears a constant, broad smile. When he came to this part of his story, his eyes misted—but only for a long moment. “I’m still alive,” he said. J.J. arrived in Japan in 1995, at the height of Nigerian immigration to Japan, to take a job cleaning oil drums at a recycling plant. His job was typical — it required a month of probationary employment and was not with a company that actively sought immigrant labor. He made money on the side selling clothes at weekend flea markets. Before long he’d saved enough to quit the factory and start selling hip hop apparel to retailers full time.

After a year he opened his own store, adding a second location two years later. Many of his countrymen had gone into the same business and have fond memories of that time, when it seemed they’d achieved the prosperity they came to Japan to build. It didn’t last. Customs agents started seizing apparel shipments that belonged to Nigerian clothing store owners. Some contained brand name counterfeits. The cultural backlash that resulted put most hip hop stores out of business. The Japanese public had already been displaying unease over the sudden proliferation of foreign-owned businesses perceived as peddling the American ghetto lifestyle.

At the heart of the affair was a fundamental culture clash. Japan is a comparatively closed society where conspicuous behavior is looked on with suspicion. Most Nigerians in Japan are ethnically Igbo people who identify themselves as uniquely industrious and capable of achieving quick prosperity under challenging circumstances. They measure that prosperity financially and don’t hesitate to advertise it. It’s not the opportunists and criminals who suffer most from the resulting backlash. It’s the people who least deserve grief. “There are a few who have children here, who feel these children are truly their own, and feel that this is their true home,” says J.J.

The father of three counts himself among them.

It’s their version of prosperity, stable and sustainable, that ceases to be achievable in this conflictive scenario. After his hip hop stores went out of business, J.J. But the business required expertise he didn’t have and he backed out before he lost much money. Others weren’t so lucky. Next he managed a gentleman’s club in Roppongi for two years before deciding he’d had enough. He spent the following four months in bed, depressed. Unsure how to make money in any industry except nightlife, he decided to try working in Kabukicho, where rents were cheaper and stakes were lower.

He has now been working on the street there for a year and is on the verge of opening his own hostess club, Climax, in August. 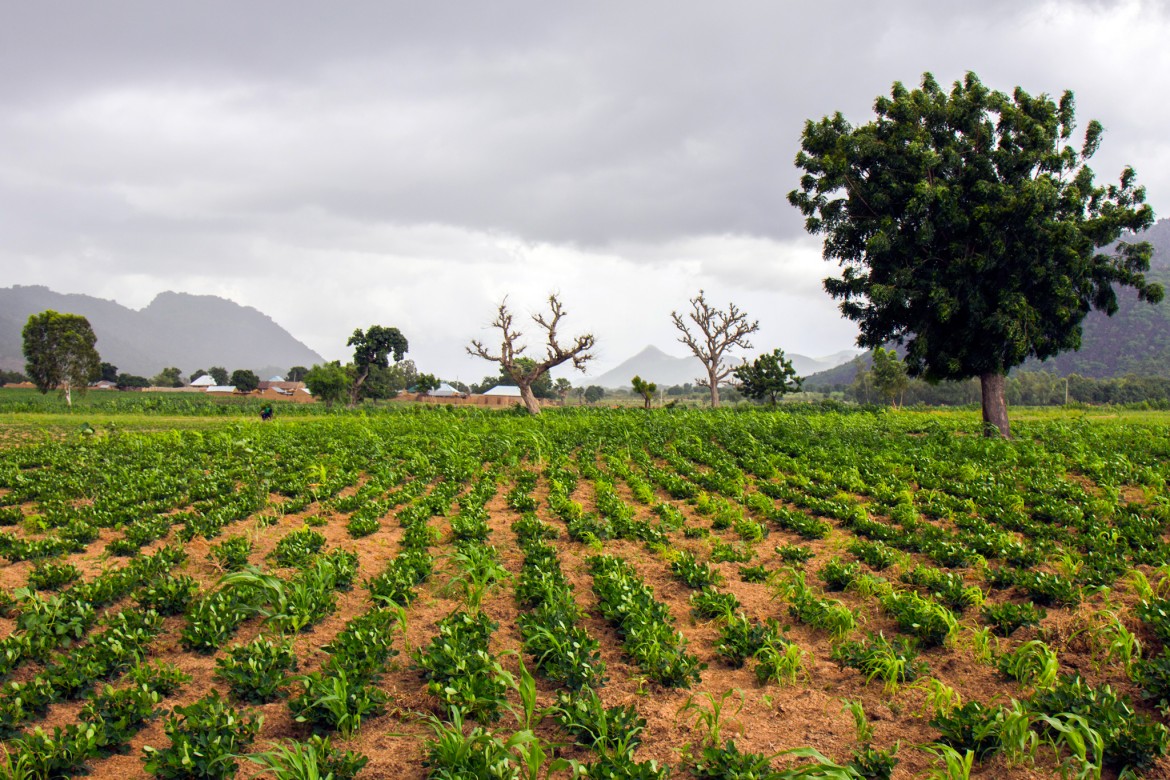 He’d rather have something more stable and plans to flip his profits from the hostess club, which can climb into the black in a month flat, as quickly as possible. His ultimate goal is a more predictable investment, like a bar. But there’s no such thing as a stable nightlife business in Japan, where occupation-era nightlife laws allow police to enforce various archaic statutes punitively, and profiling is predictably common. Some of Tokyo’s most popular nightspots have been raided for allowing dancing after 1am, and foreign business owners of all ethnicities regularly complain they get more than their fair share of police attention. It’s an arrangement that discourages caution and good ethics, two of J.J.’s better qualities.

I interviewed J.J. in his nascent hostess bar while he wrote out Climax’s drink list, with another menu on the table as a blueprint. 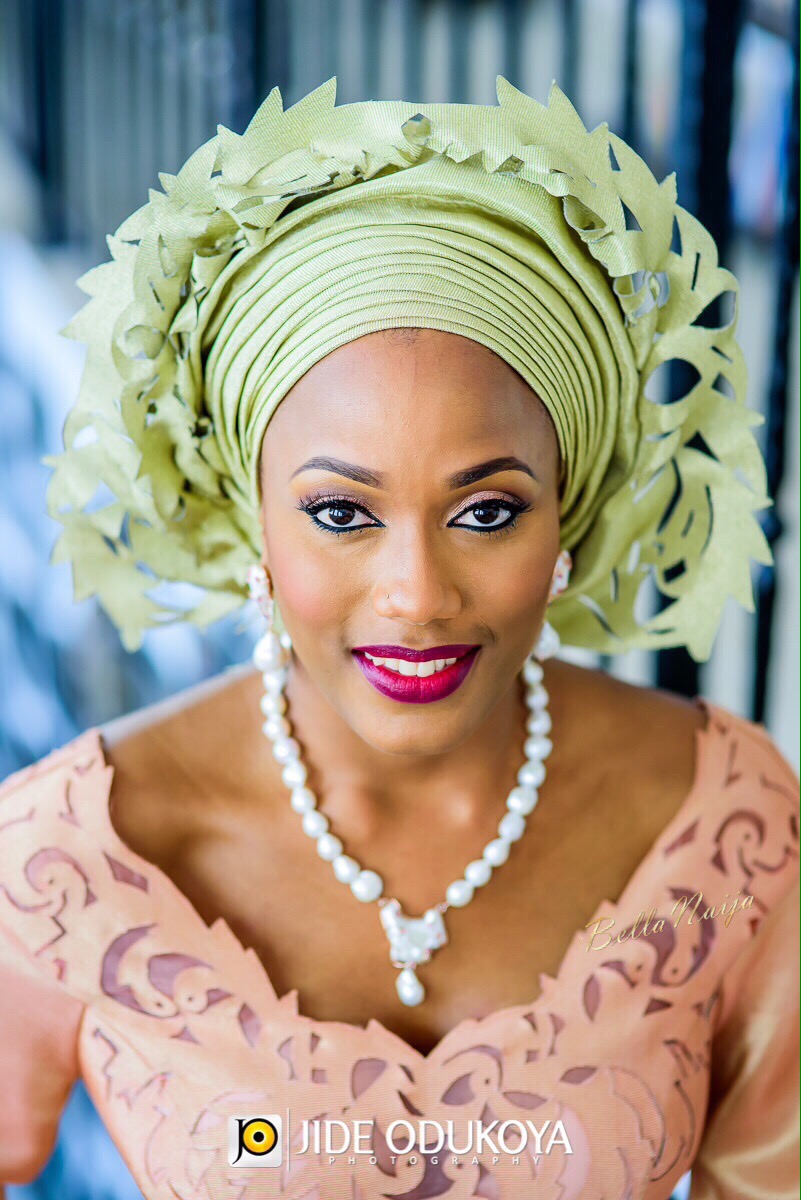 It was from Bar Colors, one of the Nigerian-run businesses named in the 2009 US Embassy warning against visiting Roppongi that brought hysteria about drink spiking to its apex. J.J. was working in Roppongi then and knows Nigerians working there are sitting on a powder keg. “Roppongi is crazy,” he said. Some Nigerians will admit that if they had known where they would end up in society, they might have chosen somewhere else to start a family.

J.J. holds no such sentiment. Though he recounted with visible grief a litany of struggles, his affection for his host culture remains, and his countenance lightened as he described his first visit to Japan. “I came here, I saw this country,” he said. 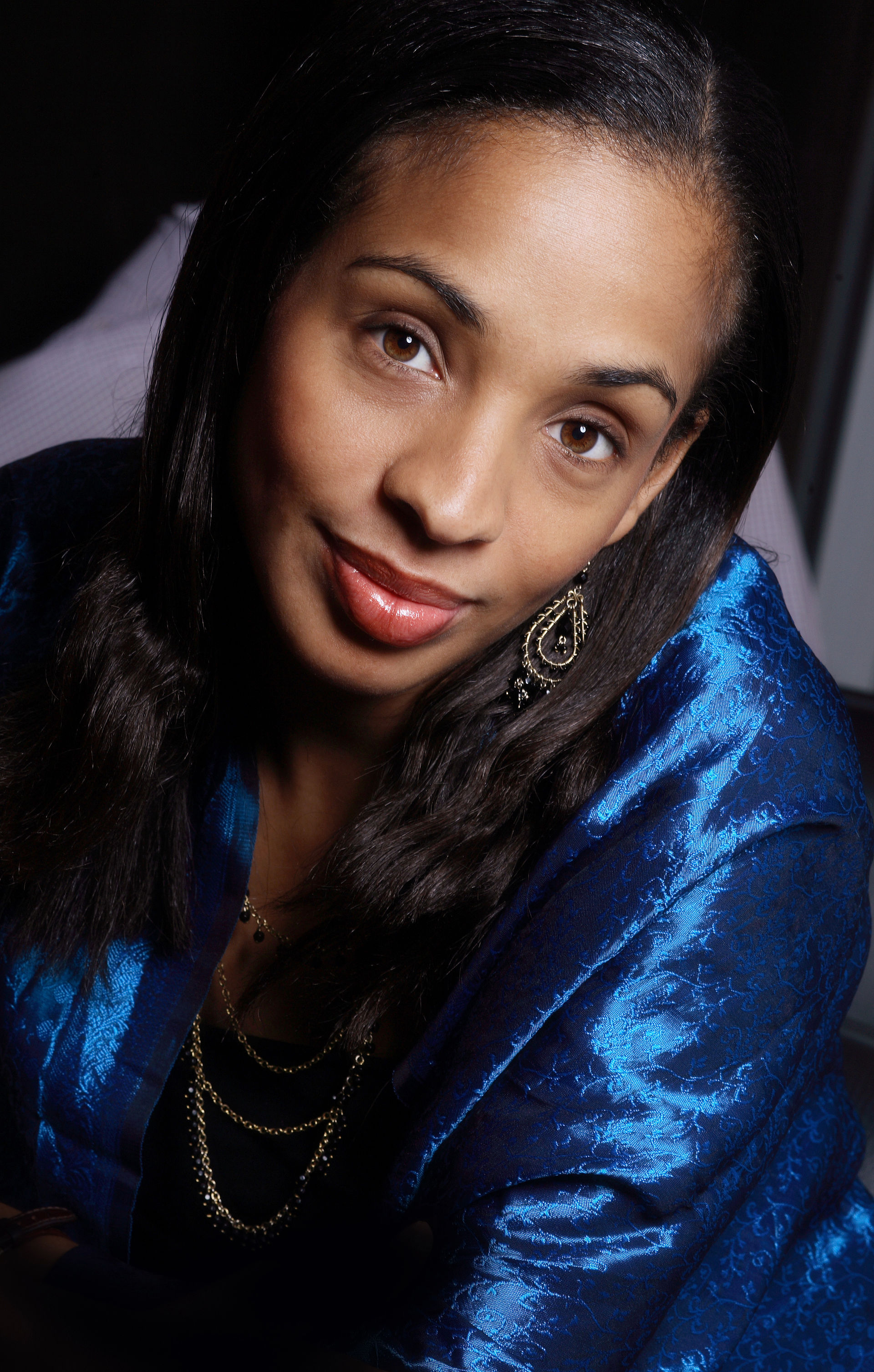 “It was just the kind of place I was searching for. Chief Kennedy Fintan Nnaji is chairman of Imo State Union, one of Japan’s two largest and most active civic organizations. He’s a veteran of faith-based grassroots organizations, exemplifying the skills and paradigm common to Nigerians who thrive in Japan: language aptitude, business savvy, and faith in combining the best of their two cultures. After spending seven years in Japan under the mentorship of a Japanese plastics entrepreneur, he started his own export business, and he’s managed to keep it profitable in spite of an economic climate that’s rough for businesses like his.

I recently stopped by his recycling plant in Yashio to talk about the state of Nigerian civic life in Japan. His current priority, he told me, is getting non-profit status for Imo State Union, which would facilitate the recognition and expansion of their community service activities. Imo State Union is also part of the Nigerian Union in Japan, the official, embassy-related civic organization of Japan’s Nigerian community. But the NUJ has ceased operations twice in the past two decades, and its current iteration is less than a year running, which means it has less influence than the two largest state unions, Imo and Anambra. Nonetheless, it has a generational leader in Honorable Okeke Christian Kevin, whose top priority is improving Nigerians’ image in Japan. I met with Okeke several times and saw him speak at community events.

He possesses abundant eloquence and candor, which he will need to change people’s minds. Between Nnaji’s and Okeke’s leadership there’s the possibility to create the social infrastructure for the Nigerian community to engage in long-term community service projects. This could significantly improve the public perception of Nigerian immigrants. The outcome matters because immigrants don’t arrive in new countries certain of who they want to become. Their early experiences determine that. During my reporting I got to know a Roppongi tout named Saint. I attended his church and consider him a friend. He arrived here less than two years ago and has already given up on any notion of finding lasting happiness in Japan. He’s smart, adaptable, and earnest; his quick embitterment a product of the wariness with which Japan relates to its Nigerian immigrants. On a corner in Roppongi, Saint had just finished telling me about an awful experience he’d had with the Japanese police, the result of racial profiling. I asked how he felt about my publishing his story. “Actually, I don’t care,” he said. “I don’t care what anyone thinks about me.” He repeated that sentiment eight or nine times in various ways over the next few minutes, as if saying it could make it true.

Non-profit NGO with focus on Adolescent Reproductive health, Women Issues especially in the area of FGM, abortion and STD/HIV/AIDS prevention. Formed in year 2002 to promote the emancipation of women especially those in Pudah in the Northern states and to offer legal assistance to the underprivileged in the society. P.o. box 171 ede, osun State, Nigeria. Umbrella group for all women’s group in the Ogoni region. Anambra / Enugu zone. Objectives:Development of women with equal rights and corresponding responsibilities; Stimulate action to promote civic, political, social and economic participation of women; Co-ordinate and monitor women’s programmes; Provide technical and financial support to women NGOs especially National Council of Women Societies.